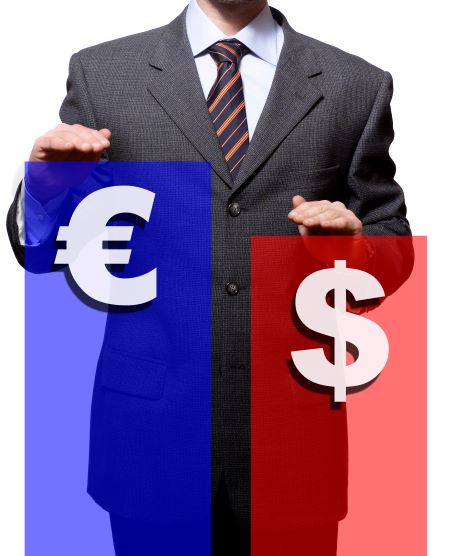 Australian consumers are paying too much for foreign currency conversion (FX) services because of confusing pricing and a lack of robust competition, a new ACCC report has found.

The ACCC found that it can be challenging for consumers to shop around and make informed decisions about FX services. As a result, many consumers continue to use the big four banks for FX services despite the availability of much cheaper alternatives.

It is difficult for consumers to compare prices because some suppliers do not disclose their total price up front. In addition, consumers pay unexpected fees for some services. Finally, complex prices can deter consumers from shopping around because of the time and effort required to do so.

During 2017-18, individual consumers who used the big four banks to send IMTs in US dollars and British pounds could have collectively saved about AUD150 million if they had instead used a lower priced IMT supplier.

“Shopping around could save Australian consumers hundreds of millions of dollars each year,” ACCC Chair Rod Sims said.

“Consumers and small businesses tend to default to their usual bank to send money overseas, but this may not be the cheapest option. This is another example where consumers may end up paying more for their loyalty.”

The ACCC has released a guide to help consumers shop around. For example, the guide gives tips on sending money overseas and avoiding fees when making overseas purchases online.

“The guide will help consumers to shop around, carefully select where and how they pay for their purchases and to identify fees so they can get the best deal,” Mr Sims said.

“For example, the guide explains how foreign exchange services with low or no fees are not always the best value for money.”

“We have also tried to clear up a few misconceptions, such as the assumption that paying in Australian dollars when shopping overseas is always best, when that is not the case.”

The final report warns that travellers can pay a high price for leaving their purchase of foreign cash to the last minute and buying at the airport.

Consumers should also consider whether their existing credit or debit card may be cheaper than using foreign cash or a travel money card for overseas purchases. Some credit and debit providers offer cards with no international transaction fees which can be a much cheaper option than many other products.

Consumers should be aware that some commercial comparison sites may not be independent and that suppliers may pay for their services to be promoted by these sites. There are, however, two government-funded comparison websites for international money transfers (IMTs): www.sendmoneypacific.org and www.saverasia.com, which compare prices of IMT services available to a number of South-East Asian and Pacific Island countries.

Savings to be made

Consumers and small businesses who used the most expensive bank to transfer USD7000 would have paid more than AUD500 more than if they had used the cheapest supplier.

If customers of the big four banks used a debit or credit card without international transaction fees instead of a travel money card, they could save up to AUD13 on a USD200 purchase.

Customers of the big four banks could save up to AUD5 on a USD200 purchase if they used a ‘regular’ debit or credit card instead of a travel money card.

“We consider businesses who ignore this best practice guidance may be at risk of breaching the Australian Consumer Law,” Mr Sims said.

“The ACCC will take action against businesses who do not make appropriate disclosures to consumers.”

These new entrants often rely on obtaining services from banks, their vertically integrated competitors, to provide IMTs to their customers. However, the inquiry found that some non-bank IMT suppliers had been denied access to bank services, such as bank accounts.

“Banks need to comply with Australia's anti-money laundering and counter terrorism financing laws, and this is one reason banks have given for withdrawing banking services to IMT providers,” Mr Sims said.

“The withdrawal of banking services from non-bank IMT suppliers represents a significant threat to competition that could ultimately result in less choice and higher prices for consumers.”

To address this issue, the ACCC recommends development of a scheme to facilitate continued and efficient access to banking services by non-bank IMT suppliers. This would include addressing the due diligence requirements of the banks, including in relation to anti-money laundering and counterterrorism financing requirements.

This scheme should be operational by the end of 2020.

The inquiry was preceded by:

the Productivity Commission’s Report on Competition in the Australian Financial System which recommended that the ACCC, in consultation with ASIC, investigate what additional disclosure methods could be used to improve consumer understanding and comparison of fees for foreign transactions.
On 2 October 2018, the Treasurer approved the ACCC holding an inquiry into the supply of FX services in Australia. On the same day, the ACCC released an issues paper for the inquiry. In response, the ACCC received 63 written submissions from a mix of consumers, FX services suppliers, small businesses and other stakeholders.

The final report focuses its competition analysis primarily on IMTs. IMTs are significant for a number of reasons including:

the average transaction size for IMTs is much larger than the other services considered in the inquiry.
The inquiry is the second inquiry undertaken by the ACCC’s Financial Services Competition Branch (FSCB). The FSCB proactively monitors and promotes competition in Australia’s financial services sector by assessing competition issues and undertaking market studies.