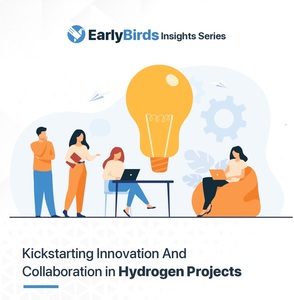 Energy Transition to renewables is occurring at an unprecedented rate with Hydrogen offers an environmentally friendly, cost effective option. This paper uses EarlyBirds big data pool to uncover new methods to make it easier for Australia to adopt Hydrogen. 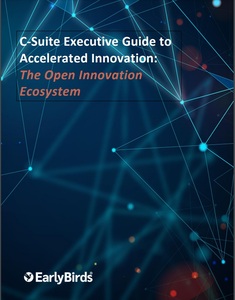 CEOs and Executives realise the need to tackle corporate challenges but may be unsure of the next steps. This white paper discusses how innovation drives growth and considers why companies struggle to innovate. EarlyBirds can realise the CEOs dream of finding and matching suitable innovations to achieve corporate goals. 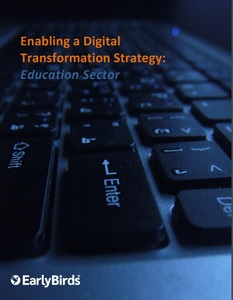 The pandemic has added a layer of complexity to existing education sector challenges as to how students are administered, instructed and assessed.  Strategies are needed to link the numerous technology themes capable of providing clear pathways for an ‘outside in’ approach for actionable innovation. 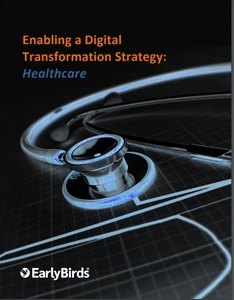 Digital disruption is impacting the healthcare sector. Patients want on-demand, away from hospital access to providers and control over their well-being. Technology is changing patient diagnosis, disease prevention, health management and treatment. Learn how you can identify solutions to these challenges with EarlyBirds innovation ecosystem and frameworks. 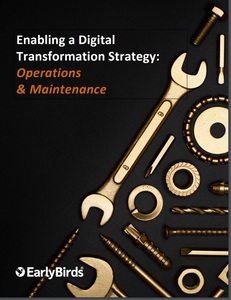 The operations and maintenance sector are consumers of digital technology, but new disruptive technology is accelerating the rate and scope of change. Learn how to digitize equipment and manage facilities by using the EarlyBirds global ecosystem of innovations and framework to solve these challenges. 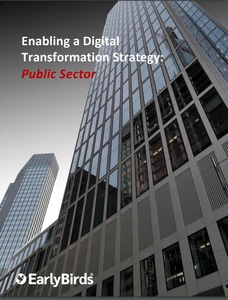 Public sector agencies are experiencing significant digital disruption. They also face a significant challenge to deliver services to millions of citizens. A clear digital transformation strategy can be enabled by using the EarlyBirds global ecosystem of innovations and framework. 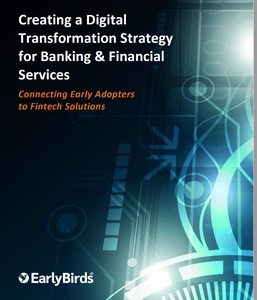 The banking and financial services sector is changing rapidly with traditional business lines being disrupted and substantial monetary penalties imposed for non-compliance. New business models and a cross functional approach to innovation is required. Check how you can accelerate transformation using new innovation models. 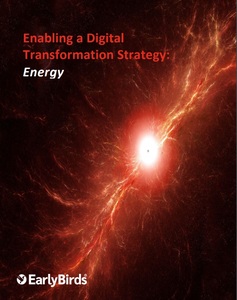 The demand for greater energy efficiency, sustainability and renewable energy plus the emergence of disruptive technology is eroding the energy sector value chain. Business leaders need to expand their options and find new ways to solve these challenges by accessing and understanding the value innovators from across the globe offer.

In this webinar Kris Poria hosts Gerard Dache Founder and Executive Director of the Government Blockchain Association (GBA). Gerard is a unique kind of ecosystem builder in Blockchain. Gerard started the Government Blockchain Association (GBA) in 2016 and has built an organization with over 15,000 members in 120 cities around the world. He has started over 50 blockchain working groups and has supported public and private sector organizations in Africa, the Americas, Asia, Europe, and the Middle East. Watch the webinar to listen to GBA story and Blockchain.

FifthDomain is a specialist cyber security education and training technology company tackling the global cyber security skills shortage. FifthDomain has used cutting edge technology and infrastructure to create on demand learning environments to deliver hands-on education and training content to future and existing cyber operators at a time and place that suits them. FifthDomain's virtual learning platforms are flexible and agile, delivering critical and up-to-date cyber security content and practical learning exercises in a safe virtual environment with just a browser. Matt Wilcox is the founder and CEO of FifthDomain. Matt have had a lifelong fascination with warfare and the impact it has on people and different civilisations. A master's degree in Information Security and Intelligence, five years in cyber operations, and a few years teaching a cyber security master's degree has reinforced Matt's view that cyber warfare, and the evolution of war, is something every person with access to a device should care about.  Today Matt has shared FifthDomain story with us. Watch and Learn more about FifthDomain.

Castlepoint is an innovative AI regulatory technology solution that provides command and control over all data. Their software reads, registers, relates, and regulates all records of business, in all systems and formats. It is invisible to users with no impact on existing systems. Castlepoint does not move or copy data, and does not need agents or connectors to access either structured or unstructured data. Castlepoint understands what each information asset is about, what risk and value it has, who is doing what to it, what regulatory rules apply to it, and whether they are being met. Castlepoint is a true manage in place solution in broad use across Federal and State government, universities, councils , utilities and private sector organisations. EarlyBirds' Kris Poria hosted Charles Pittar the Growth Manager of Castlepoint on this webinar including some Q&A at the end.

Our weekly webinar where we hosted Detexian's team Tan Huynh and Adrian Kitto - CISSP, CISM. Detexian eliminates SaaS risk blind spots and gives you peace of mind you need to run a safe IT operation. Watch the webinar recording here. 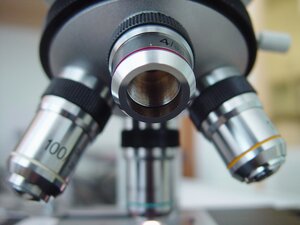 According to a recent CSIROScope blog post referencing the Australia’s Biosecurity Future report says “the system won’t cope with the increasing threat and complexity of disease, pest and weed incursions over the next decade. Growing levels of trade and travel, urbanisation, climate change, biodiversity loss, and Antimicrobial Resistance (AMR) are all creating new challenges. And our current biosecurity system isn’t designed to meet them”. 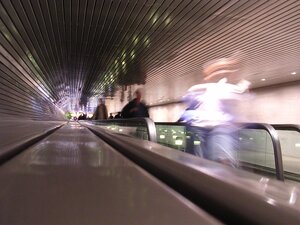 The problem with trying to innovate in-house solutions to solve business challenges is that the organisation will need to sacrifice time, money and manpower that should be spent on other critical operations. Also, once a business challenge is defined and the search commences to identify a suitable solution the number of options available globally can be overwhelming. However, amongst this large pool of innovative solution there will be options that could transform your business. The business dilemma is knowing how to balance competing priorities for finite scarce and understanding how to navigate the complexities of identifying innovative solutions. 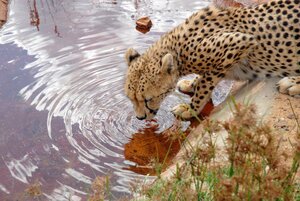 Human activity has been a threat to the planet’s wildlife for a while, as humans have used nature and wildlife for their advantage for centuries. The planet's wildlife has been under threat from various kinds of human activities. This has caused environmental damage, which includes habitat destruction, illegal wildlife trade, the spread of invasive species and diseases and the impact on these interferences on the Earth's climate. However, with advanced and innovative technology, humanity is now working to preserve and rebuild the environment in innovative ways. EarlyBirds is working towards bringing together innovative minds who are redefining the use of technology in conservation efforts. 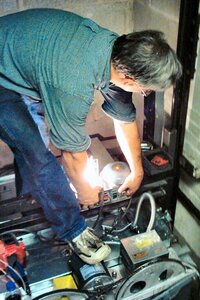 Development of a Digital Transformation Strategy for Operations and Maintenance

The technology may have to do with highly customised applications for operations and maintenance that address B2B transactions designed for specific needs. This may have service-based and highly specialised solution-oriented software components, systems, and digital tools to assist in making faster and better decisions.